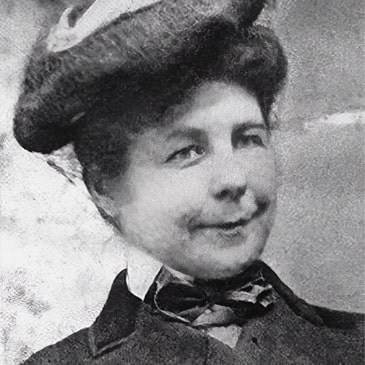 International Women’s Day #IWD2020 #EachforEqual is a celebration of women’s achievements, rights and equality.  Mary Anderson and Charlotte Bridgestone are two women who made significant and noteworthy contributions to automobile design and safety but were largely overlooked for their contributions. These women pioneered the inception and design of the modern windshield wiper and although they worked independently and during different periods both contributed to the automotive industry with their inventions.

By 1923, their inventions became standard on many cars but not until their patents expired.  Neither inventor profited from their invention and it took over a century before Mary Anderson was inducted into the National Inventors Hall of Fame.  Charlotte Bridgwood received virtually no credit for her contribution to improvements made to Anderson’s basic design.

Mary Anderson is largely credited as the inventor of the modern windshield.  As the story goes in the winter of 1902 during a visit to New Your City, Mary observed a trolley driver struggling to see out of the windshield from pelting sleet since vehicles in that period did not have wipers of any sort.  To clear off the precipitation, the driver had to step outside the trolley to remove the accumulated sleet.

Upon returning home to Alabama Anderson developed a prototype from a squeegee on a spindle that attached to a handle on the inside of the vehicle.  To clear the glass the driver simply pulled on the handle and the squeegee wiped the precipitation off the windshield.

With the help of a designer Mary had drawings and a working model produced for her “Window Cleaning Device”.  The working prototype was a spring-loaded rubber blade operated from the inside of the vehicle by a counterweighted lever attached close to the steering wheel.    Anderson patented her “Window Cleaning Device” in 1903 but she was never able to attract investors for her product.

Mary’s story has a Canadian connection.  In 1905 she tried to sell the rights to her invention to a noted Firm of the period, Dinning and Eckenstein in Montreal.  Her offer was rejected on the basis the patented product was “not considered of such commercial value as would warrant their undertaking its sale.”  Had this letter not been saved by Anderson’s decedents and passed on over the century, no one would have known about the Canadian connection.

Charlotte Bridgwood improved on Andersons basic design through automation.  Her improvement replaced the blades with rollers and the wipers and were powered by the engine to provide automatic wiping action.  Her design was named the “Electric Storm Windshield Cleaner” and after her patent expired her design was further improved on William M. Folberth that became the standard for vehicles made in the 1920s including the Cadillac in 1923.

While Mary Anderson and Charlotte Bridgwood had no mechanical or engineering qualifications, they simply had common sense and were both enterprising and ingenious women.  On this International Women’s Day #gatewayautobody applauds the efforts of all women and urges you to take time to recall the inspiring women who made a difference in your life, work, or the world.